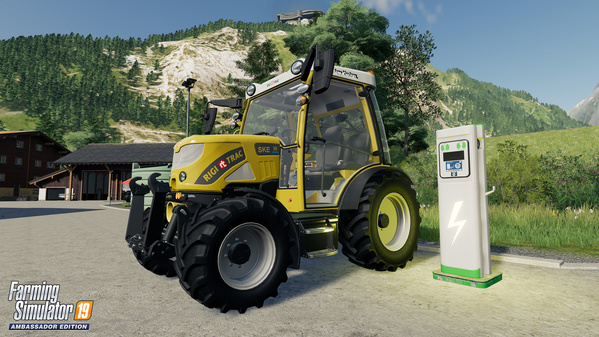 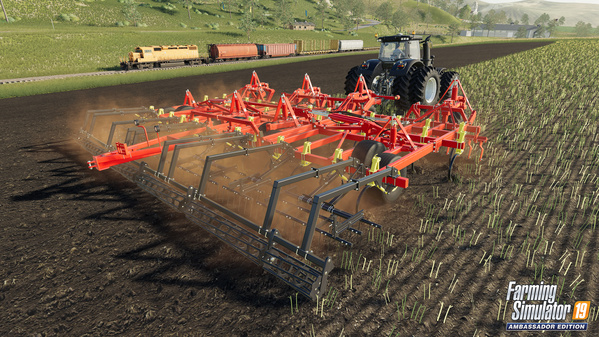 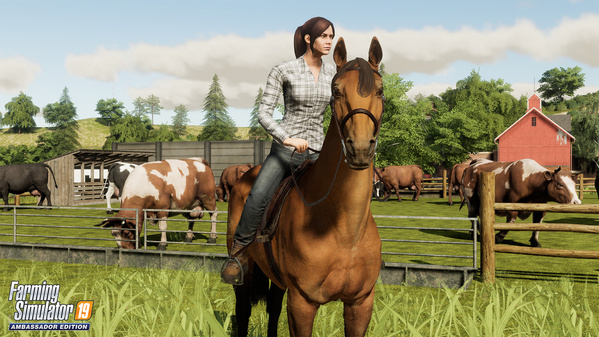 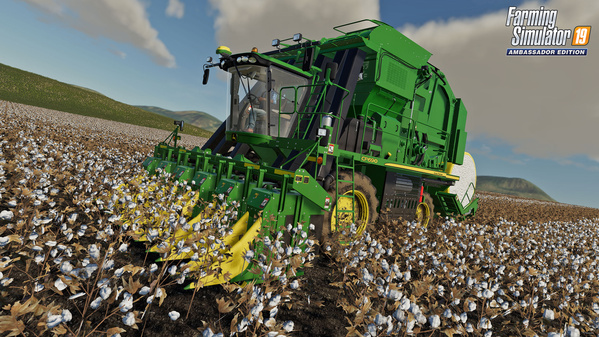 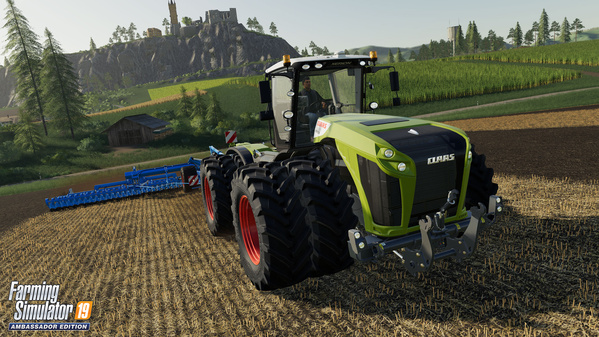 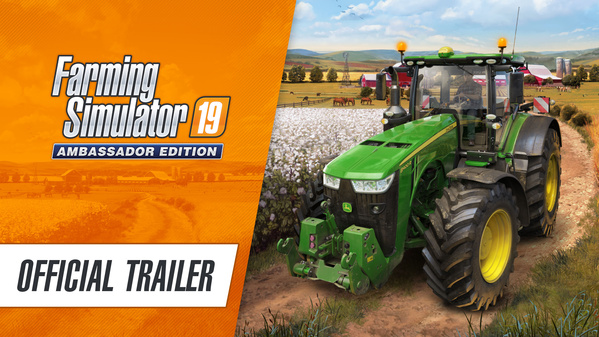 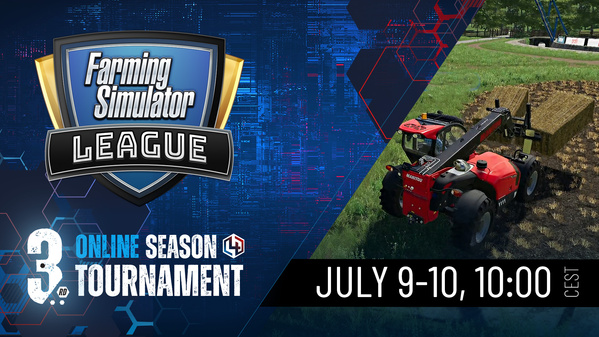 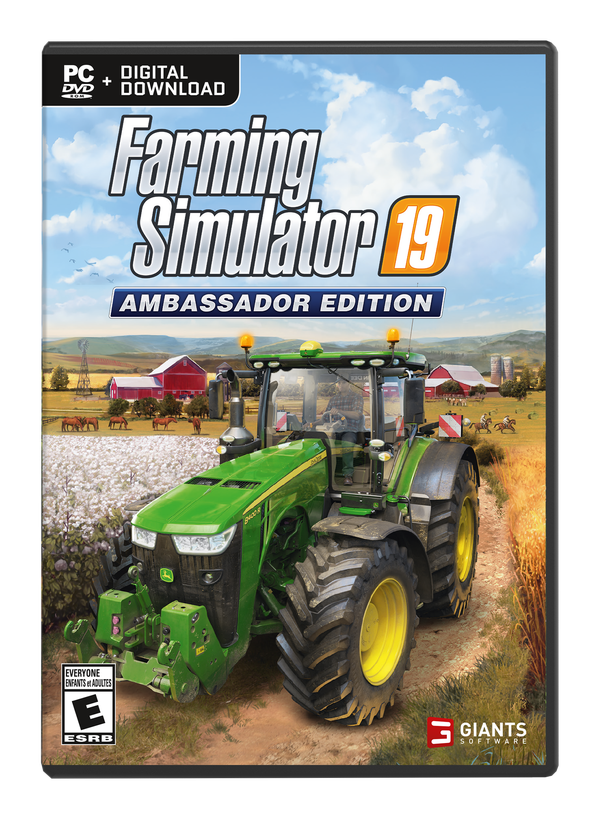 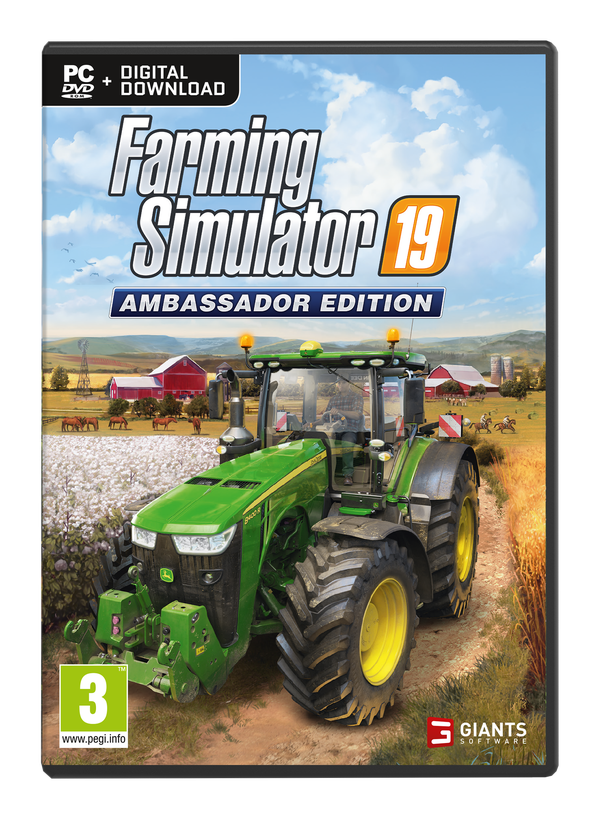 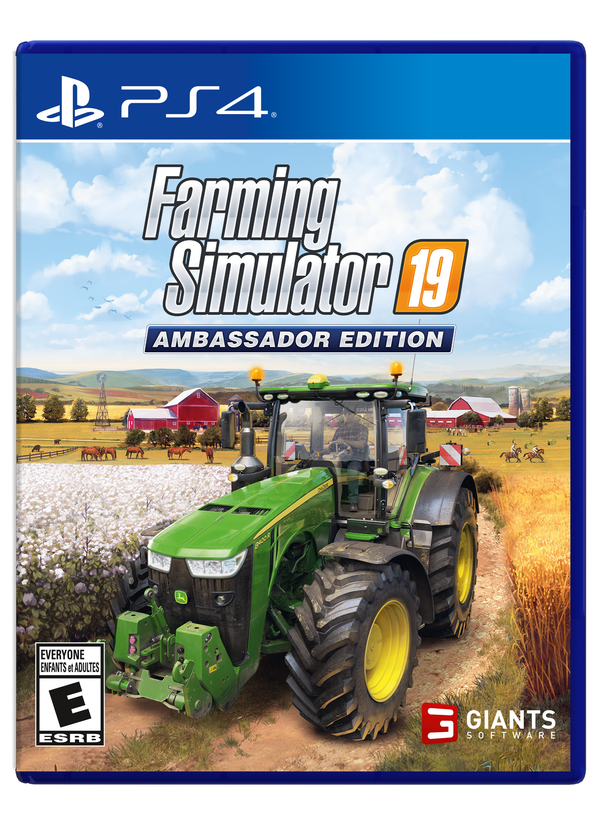 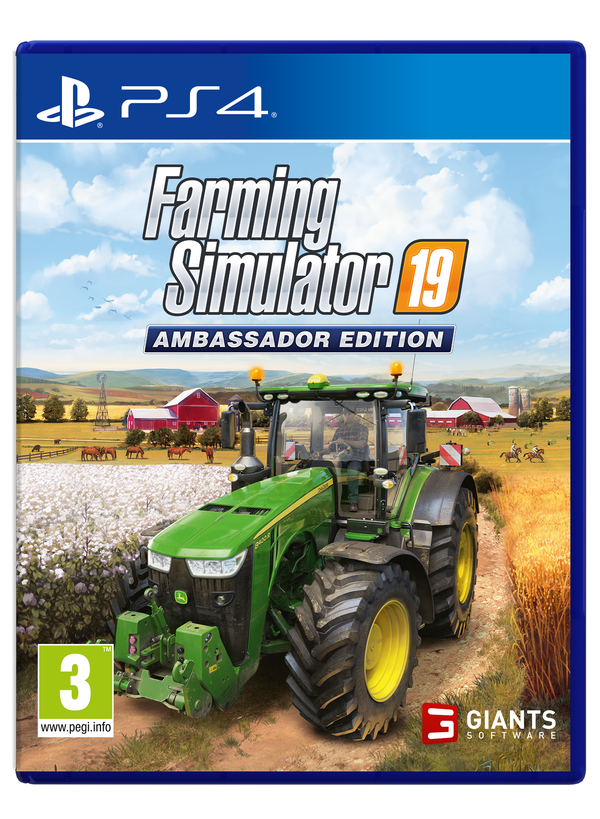 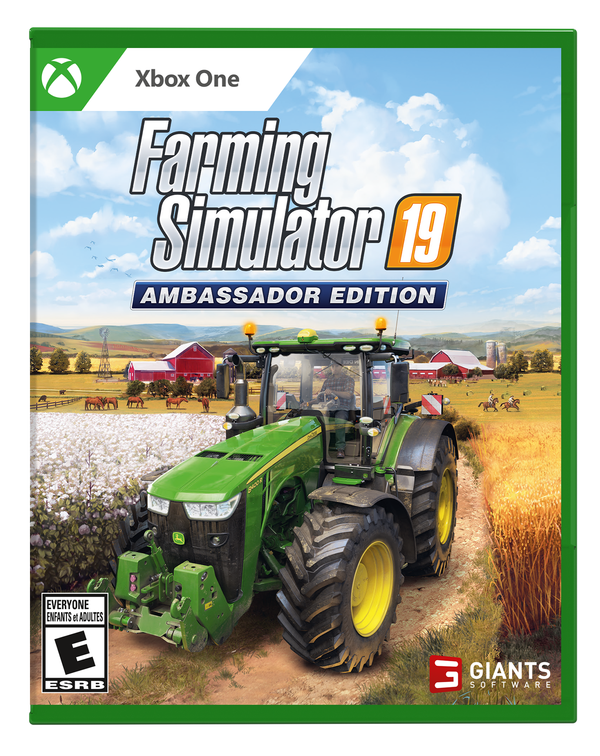 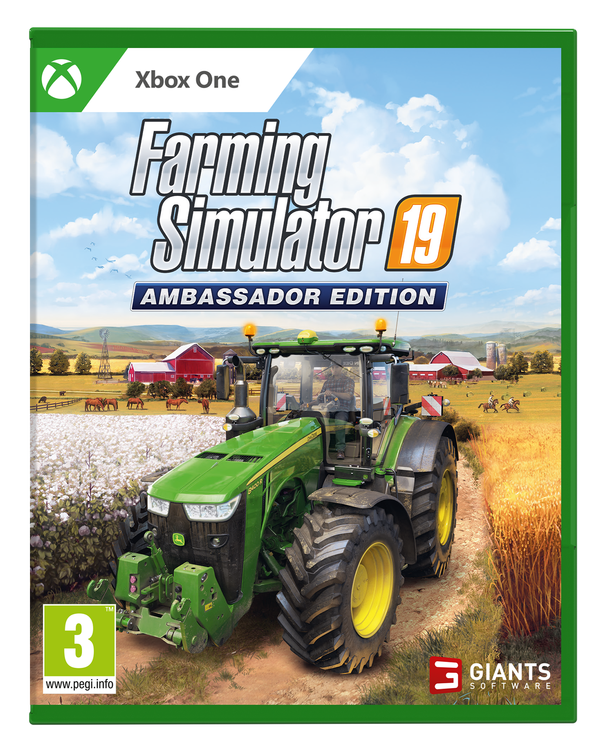 Huge amount of content, low price tag: The Farming Simulator 19: Ambassador Edition has arrived, inspiring even more people to farm. Including all expansions and DLCs, publisher and developer GIANTS Software self-publishes the re-release of the global hit-simulation in a comprehensive boxed version. The 2-disc-package is now available at retail stores for PC, PlayStation 4 and Xbox One, this video trailer summarizes the extensive content.

Agricultural Emissary in the Form of a Packed Video Game

Price-conscious gamers with a tempting interest for farming get a stuffed package of agricultural experiences with the Ambassador Edition of Farming Simulator 19: The main game, both the Platinum and Alpine Farming expansions, as well as six DLCs to extend the game further. That adds up to more than 475 authentically digitized machines from Case IH, CLAAS, DEUTZ-FAHR, Fendt, John Deere, Massey Ferguson, New Holland, Valtra and many other world-famous manufacturers – to be operated on three distinct European and American maps.

Self-published Re-release is the Perfect Entry to the Series

“Considering the massive amount of content, Farming Simulator 19: Ambassador Edition makes for the perfect starting point to enter our universe”, comments Boris Stefan, Head of Publishing. “Globally re-releasing one of our most successful games in the history of GIANTS Software is also a satisfying achievement that reinforces the path of self-publishing we have taken.”

Farming Simulator 19: Ambassador Edition offers even more content through user-generated mods. Thousands of GIANTS Software-tested and free mods from an enormous pool of user modifications are available to download via the official in-game ModHub. The PC version is also the base for competitive multiplayer, introducing farming in the exciting world of esports – currently with a prize pool worth 100.000 Euros in Season 4 of the Farming Simulator League (FSL). Watch the highlights from the previous FSL event and tune in to the live-stream of the tournament on the weekend of July 9th to July 10th on official GIANTS Software channels.

If the envoy for the profession of farming would be a fun-packed and comprehensive video game, it’s going to be the Farming Simulator 19: Ambassador Edition. With a great “bang for the buck” package, including all expansions and DLCs, publisher and developer GIANTS Software announces the self-published re-release of the global hit-simulation. It releases globally on June 21st on PC, PlayStation 4 and Xbox One.

The Ambassador Edition of the relaxing hit simulation contains both expansions and six DLCs in addition to the main game. This includes the Platinum and Alpine Farming expansions, enriching the game with a map in the German-speaking Alps as well as a plethora of vehicles and machines. The game is further extended by the additions of Kverneland, Vicon, Bourgault and other industry-leading brands through a diverse set of DLCs – all included in a 2-disc-box.

The Ideal Farming Package to Get into Agriculture

Whether players with a knack for relaxing sandbox experiences, solo or cooperatively, want to get into arable farming, animal husbandry or forestry: Farming Simulator 19: Ambassador Edition marks the perfect entry point into the series. “With the reissued and now self-published game, we offer a fantastic value for its price tag”, comments Boris Stefan, Head of Publishing at GIANTS Software. “Looking at the overall scope of this package and the huge amount of content it’s offering, the ideal moment to start farming is now.”

In total, the Ambassador Edition contains three scenic maps in European and American landscapes for building and expanding a farming operation. More than 475 authentically digitized machines from Case IH, CLAAS, DEUTZ-FAHR, Fendt, John Deere, Massey Ferguson, New Holland, Valtra and many other world-famous manufacturers are at the players disposal to tackle a variety of farming activities. In addition, an almost endless number of user-generated content enhances the farming experience, with thousands of tested and free mods available to download via the in-game ModHub.

The PC version is also the base for competitive multiplayer and the Farming Simulator League (FSL). Watch the introductory video for FSL Season 4 and tune in to the live-stream of the tournament on the weekend of May 14th to May 15th on official GIANTS Software channels.